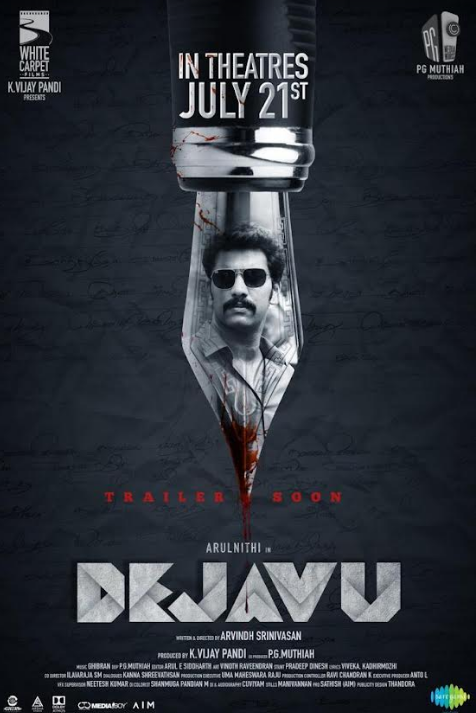 ‘Dejavu’ is a film produced by K. Vijay Pandey on behalf of White Carpet Films and produced by PG Muthiah on behalf of PG Media Works. The film is being directed by debutant director Arvind Srinivasan. The film stars Arulnithi, Madhu Bala, Achuth Kumar, Smuruthi, Raghav Vijay and Chetan. ‘Mime’ stars Gopi and Kali Venkat in the lead roles.

The crew has been working on the release for the past few months as all the work on the film has been completed. Now, the film crew has officially announced that the film will be released on July 21, which will be the birthday of actor Arulnithi.

For this movie, Ghibran is composing the music, PG Muthiah is handling the cinematography, Arul E Siddharth is the Editor, Pradeep Dinesh is the Stunt Choreographer and Vinod Raveendran is the art director.