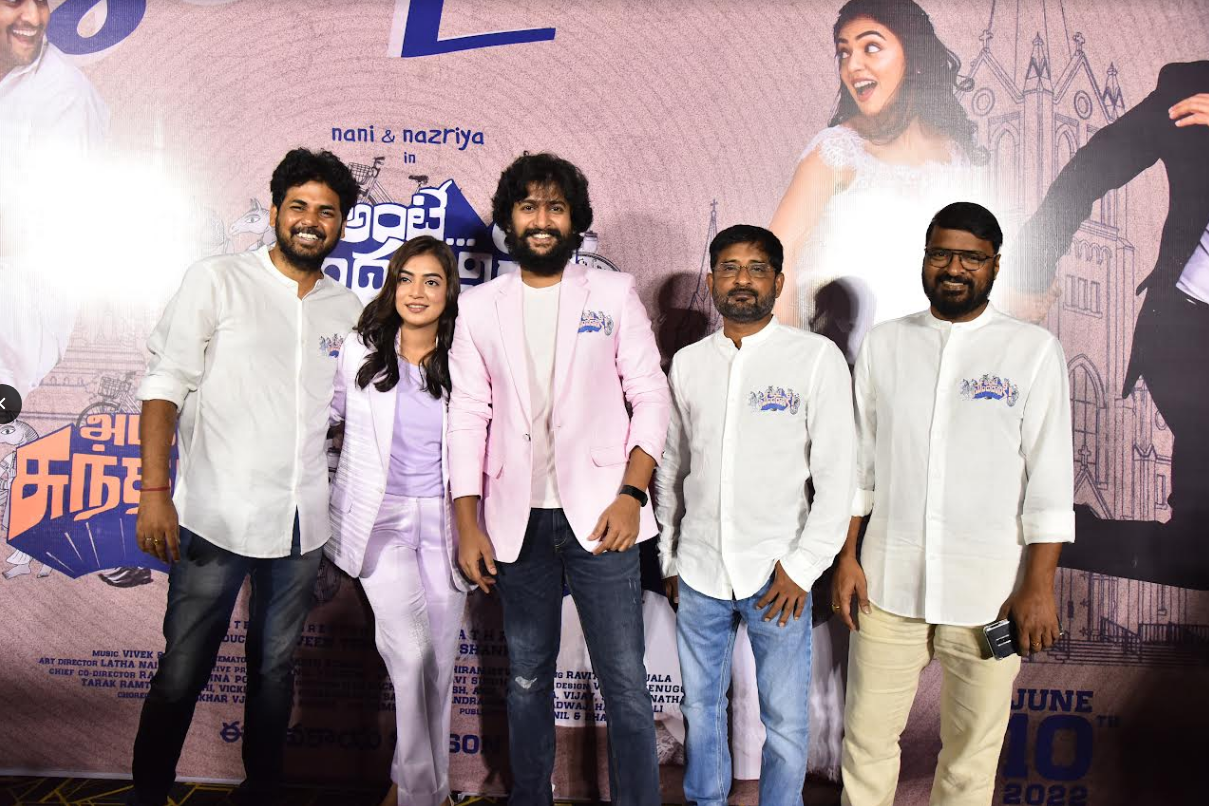 Nani who played the role of a Brahmin guy named Sundar is the only boy in the film, thus he gets lots of affection and love from the family. But that extreme caring brings troubles to Sundar who is needed to avoid many things and need to follow every advice of astrologers.

Sundar finds his soulmate in Leela Thomas and the character name suggests she is a Christian. Both the families are particular about caste and religion. But that doesn’t summarize the main conflicting aspect of the movie.

Nani’s trademark dialogue timing is the major attraction, while his chemistry with Nazriya Nazim is magical. Nazriya, on the other hand, looks gorgeous. Nani and Naresh combo provided enough laughs.

Needless to say, the prospects on the movie reached sky high with the vastly entertaining teaser.

Raviteja Girijala is the editor for the film that will have simultaneous release in Tamil as Adade Sundara and as Aha Sundara in Malayalam on June 10th.